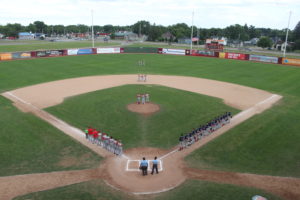 RULES WE WILL USE

Exception: Host Wisconsin Rapids will always be the home team and retain the third base dugout.

Thank You & Enjoy the Tournament!